Shakespeare in the City 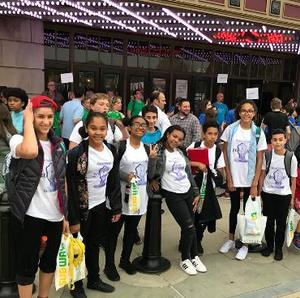 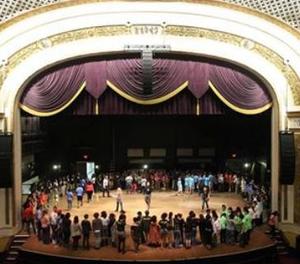 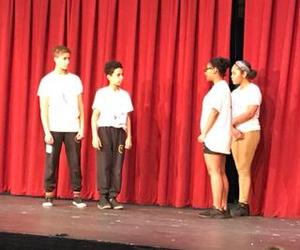 Community Prep students and alums were among the 200 students in grades 2-12 who performed Othello at The Veterans Memorial Auditorium.
Shakespeare in the City is a long-standing tradition at Community Prep.  This extra-curricular activity brings together students from more than 20 schools--each of whom performs a small portion of a play.  Othello, this year's selection, was a huge hit!
CP participated in the 10th year of Shakespeare in the City, producing Act III, Scene 4, "Before the Castle," where Othello challenges Desdemona to produce the handkerchief he gave as a gift to her. She is unable to do so, deepening Othello’s suspicions and cementing Desdemona’s doom.

Cristian said that it was incredibly fun.  "I got to work with kids from many different schools and be on the huge stage at the Vets.  Learning to act was awesome, and I definitely want to do it again next year."
Print