Rigor and flexibility the right recipe for Jordan family 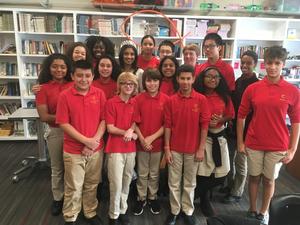 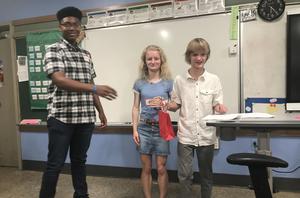 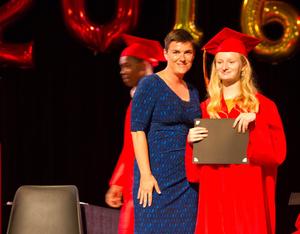 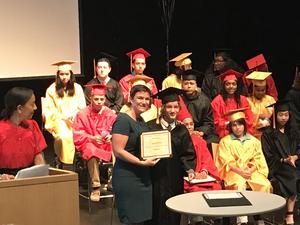 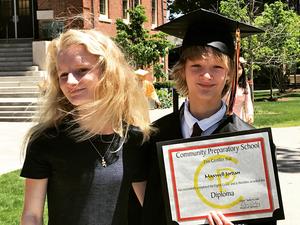 The “truly well-rounded education” that Grace and Max Jordan received at CP helped them quickly acclimate to the high-achieving environment of Classical High School, say parents, Kraig and Suzanne Jordan.

When the best friend of your daughter attends Community Prep (CP), you’re likely to hear good things about the school from that child’s family.

Such was the case for Kraig and Suzanne Jordan. Their daughter, Grace, was buddies with a CP student, whose family repeated the mantra: “If you have any thoughts about sending your child to private school, then CP is where you want them to go.”

So, after spending K-5 in a neighborhood Providence school, Grace took and passed the CP test. Two years later, her brother, Max, did the same. In 2016, Grace graduated from CP, and Max in 2018. Today both attend Classical High School.

In elementary school, “Grace enjoyed her public-school education,” said Kraig Jordan. “Because she excelled academically, we wanted a more-challenging academic setting for her. At CP, each of our children absolutely thrived.”

Jordan noted that middle school years are critical in the growth and development of young people, with much happening academically and socially that determines who children become.

“CP understood that the foundation for our children was being formed during those years,” said Jordan. “The school knew what Grace and Max needed to get through those turning points to thrive. Yet CP was also flexible enough to change if the kids needed it. You saw that CP wanted families to succeed. Our children loved going to CP.”

The school displayed its flexibility helping his children acclimate, when Grace, who was scholastically driven, was permitted to take two math classes at once, Jordan said. She eventually earned the honor of class valedictorian. Even though Max was a shade over five-feet tall, CP said he could play on the basketball team, where he made lasting friends.

“Grace and Max were both challenged by teachers, who cared about them. I saw this when we met with the teachers each trimester to discuss goals. Every educator was very interested in what would happen next trimester. As parents, that genuine attention and concern was so beneficial to experience.”

The “truly well-rounded education” that Grace and Max received helped them acclimate quickly to the high-achieving environment of Classical High School, said Jordan.

“CP takes a holistic approach toward looking carefully at each child and each group of children to determine what would make them thrive,” he said. “As a result, students at CP learn what it is to be a good person, a good citizen, what a good education means, and how to be both challenged and loved by teachers.”

Jordan said his family embraced the CP belief in a beloved community, noting, for example, the “make kindness the norm” group that met every Friday, led by Spanish Teacher Rina Consuegra.

“These were not adults going through motions,” he said. “The beloved community was true and teachers believed it. At CP, you were fortunate to be around non-judgmental people from many different backgrounds, who gave their all to the students.”

As a parent volunteer, Jordan signed up the annual September cookout at CP, when Grace was in her first year.

“I was assigned to the grill. Grace was in CP for just two weeks, and I was already sharing, serving food, and hanging out and working together. All beginnings are awkward, whether you are a child or an adult. But for me, grilling was a way to launch the concept of community right away. I met parents, teachers, staff and students. I felt the vibe of the school, and ended up working the grill each September for five years.”

Jordan continues to serve on the school’s Board of Trustees. As a member of the Communications Committee, he spearheaded creation of both public service announcements and long-form video stories about the school.

Suzanne has also served as a volunteer on multiple projects such as the annual Taste of Community Wine Event, movie nights and other activities.

“CP has had a lasting impact on my children and my family.” Said Jordan. “It has been a positive enriching experience for all of us.”