Access to financial aid paves the way to success 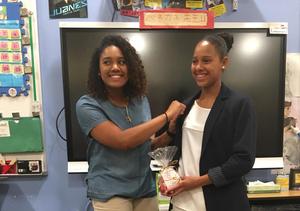 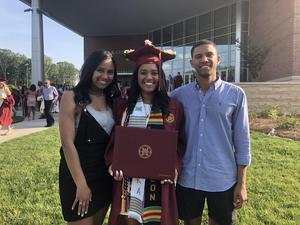 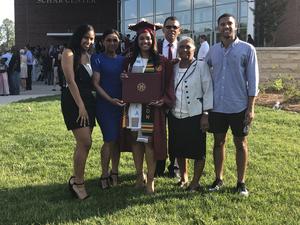 For the Lopes family, financial aid allowed their three children to enjoy a Community Prep education, providing “a solid foundation” for their high school and college journeys.

Speak with Corsino and Maria Lopes and you note that they pair the words “Community Prep” (CP) and “grateful.”

“Our family is so grateful for Community Prep,” said the parents of three graduates, Valdair, Charleen and Tamira. “Community Prep provided us with something we did not anticipate,” noted Corsino. “Given our financial status, we did not think we could send our children to a school of that high quality.

“Community Prep was very good to our family. And our family did well at CP, putting the children on the right path to succeed. We are all firm believers in CP.”

The Lopes family discovered CP in 2005. As Valdair was finishing-up fifth grade at a local Providence public school, a teacher suggested that Community Prep, with its dual emphases on scholastics and community, was Valdair’s best choice to excel academically, as well as socially and emotionally.

The family applied for and received “generous” financial aid from CP, said Corsino. Valdair thrived there for three years (Class of 2008), before earning acceptance to and qualifying for a full scholarship from St. George’s School, a private boarding and day school in Middletown.

After graduating from St. George’s, Valdair attended and graduated from Occidental College in Los Angeles, where he currently works for an agency for artists in Hollywood.

And like Valdair, Charleen received a full scholarship to attend St. George’s (after graduating from CP in 2011).

In May 2019, Charleen graduated from Elon University in North Carolina, with a degree in Communication Design and minors in Political Science and African & African-American Studies.

The bonds formed within the school environment are what stand out most about her CP experience, said Tamira.

“At CP, “no matter where you are from, you are always included. CP is really big on the idea of making connections” such as through travel away from the school and other extended trips; ways to “build bonds between classmates, while learning important tools to further develop your education,” she said.

“You’re treated as part of family at CP,” said Tamira. “No matter what, CP is a place where I can go anytime. “I have felt this connection ever since my brother and sister attended.”

Without a doubt, a Community Prep education provided a solid foundation for the academic journeys of their children said Corsino.

These “were blessings,” providing the family with opportunities to weigh options on what paths were best academically, experience-wise and financially for the children, said Corsino.

“A CP education challenges, but also nurtures a young person to grow into a whole person,” he said. “Still, the student must behave, study, and perform in the classroom.

Corsino described how during Valdair’s interview at St. George’s, the eighth-grader used the skills he learned in CP’s Calculator Club to answer math questions super-quick, and correctly.

CP’s Calculator Club encourages students to beat a calculator by performing math functions in their heads.

“If you want your children to get a quality education, CP is the place for them,” he said. The school puts your children on the right path toward competing in any high-quality high school.”

Added Tamira, “The opportunities that CP gave me opened many doors and the road to a brighter future.”