The CP world does not end with graduation 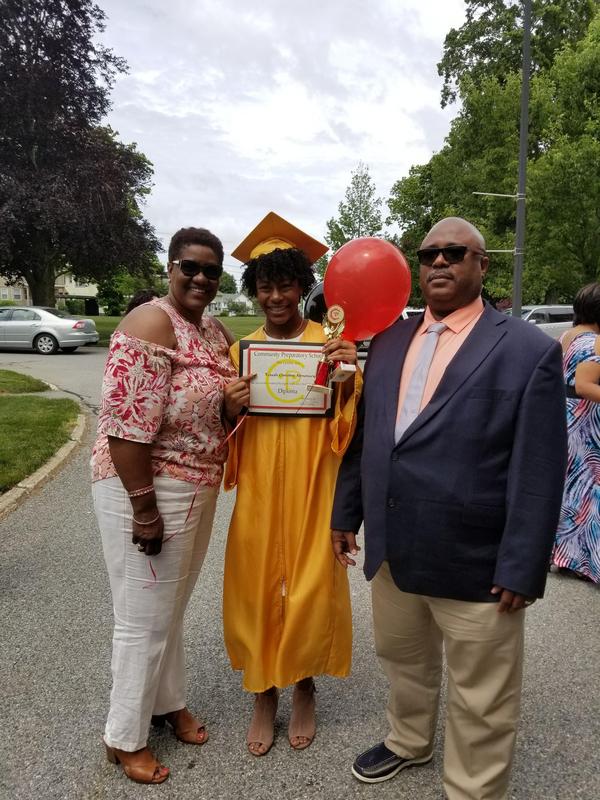 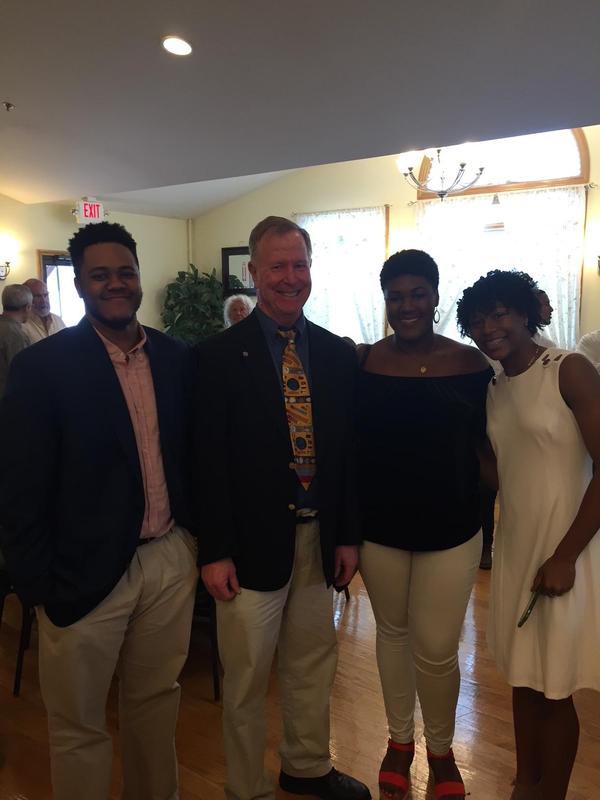 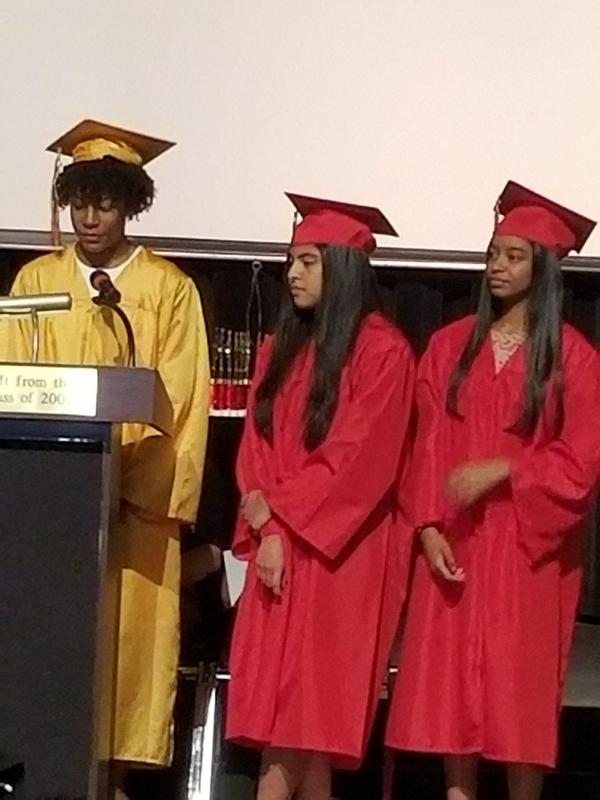 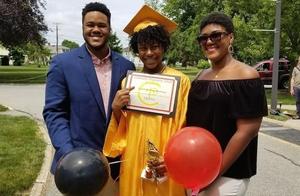 You can see the difference that a CP education makes in your children, as they become adults, say Pascale and Reggie Almonacy, whose three children—Cedrick, Tarah and Tessah—are CP graduates.

For the Almonacy family, “college prep” was the key phrase in a search for the right school for their three children.

“Education was not just about reaching 12th grade, but beyond,” said mom, Pascale.

When she and her husband, Reggie, learned about Community Prep (CP), they discovered a school, "where teachers and students truly worked together,” said Pascale. “The instructors at CP recognized and encouraged the possibilities for my children. They challenged my children, pushing them to be their best.”

While applying for their oldest child, Cedrick, to attend CP, the Almonacy’s learned that financial aid was available for him to study there. That scholarships existed for academic achievement was a new concept for her family, Pascale said. Cedrick went on to attend St. Mark’s School for high school, eventually graduating from Rhode Island College.

“We expressed our concern that boarding school was expensive, but we were told that financial aid was available and that Cedrick had a good chance of getting in.”

Pascale said, “We greatly appreciated the little touches that CP added to the education of our children. You can see the difference that a CP education makes in your children as they became adults.”

At CP, “the classroom always felt like a safe space,” said Tarah. “There was an opportunity to make mistakes without being shamed but being encouraged to try again.

“I remember always feeling at home at CP – from the moment I arrived in the morning until I took the school bus home in the afternoon,” she said. “The support and care I received from my teachers instilled in me the confidence that I needed to grow and succeed as a student.”

Tarah was “very serious about her education,” and wanted “to expand her world” by attending boarding school, said Pascale. Empowered by the challenging environment at CP, “Tarah did her own research on schools and made her own contacts,” she said.

When Tessah, who was salutatorian of her class, was making her high school choice, Monica Rodriguez, Director of Placement and Graduate Support, provided “excellent guidance to help Tessah with her decision,” said Pascale.

“Community Prep prepared me really well for my high school career,” Tessah said. “They did a good job teaching me and other students to keep an open mind to challenges and embrace them fully. Teachers always pushed students to put their best foot forward, which has really helped me at Phillips Academy. The work ethic that I built at CP has been beneficial to me in finding academic success at Andover.”

Pascale said that CP teachers went beyond schoolwork to help parents, such as calling families to share word that a sporting event went overtime, and that the children were running late.

CP instructors and staff were accessible, said Pascale. “We could reach them at 7 a.m. or 8 p.m., in the evenings, and by email. They were caring, always willing to help. We could not ask for more.”

For example, Tarah and Tessah both benefitted from a Saturday math program established by “Mr. V.,” Francisco Velasquez, a member of the 6th Grade Team, she said.

“Mr. V. pushed Tessah in math. He saw her potential, and was very instrumental in pushing her toward it.”

Cauley Greene, 7th-grade team, “exemplified the role of teacher, mentor and friend, especially for Tarah and Tessah,” said Pascale. “He brought support wherever and whenever; an extension of what took place in the classroom.”

Her daughters also gained from the guidance of Azikiwe Husband, Director of Admissions and Student Activities. “He helped install critical thinking in them, no matter the subject,” Pascale said.

“These actions were so helpful,” Pascale said. “They were very meaningful to our family.”

While attending Deerfield, Tarah visited CP on trips back to Providence. “Teachers continued to listen, provide advice, and help her navigate the academic and social aspects of her new environment, said Pascale.

“The CP staff take pleasure at exploring the progress of their graduates,” she said. “The CP world does not end with graduation.”

CP “was an integral part of my growth as a man,” said Cedrick. “Aside from the amazing education that it gave me, it also taught me many valuable lessons.”

In addition, the importance of community and volunteering in the community were lessons “all of us” learned from CP, said Pascale. “The school introduced us to community service, and the idea of giving back to the community.”

CP “exposed me to a multitude of different cultures and people, and it ultimately expanded my world view,” said Cedrick. “The years I spent at CP taught me not to judge a book by its cover, and to accept people for their various differences. CP’s accepting community helped me build confidence, which has helped me in my transition into adulthood.

“With a community as diverse as Community Prep’s, it was hard not to interact with different cultures and that early exposure has made me a much more open-minded individual.”

Added Tarah, who was valedictorian of her class: “Since diversity was at the core of Community Prep’s values, I was taught at a very young age how to accept and embrace individuals from all cultures and backgrounds

“Community Prep truly taught you how to exist within and be a part of a community in which everyone was striving for greatness together.”

Tessah agreed. “With community being a big theme at school, at a young age I was taught that it was important to treat people within your community with respect and care. These values became a fundamental part of who I am, and I am grateful to CP for that.”

Students striving for success “will find that CP will push them toward their dreams,” said Pascale. “We were very fortunate to find CP. The experience was beyond our expectations.”

Said Tarah, “Because of the foundation that Community Prep gave me, a first-generation black girl from Rhode Island was well equipped to attend one of the best boarding schools in New England and to continue her education at one of most prestigious research universities in the country.”